We are living at this moment of time where VPNs are a very important part of Surfing the internet as it makes sure that your privacy is not compromised.

Finding a VPN for your PC is a very difficult task a lot of them don’t provide enough flexibility.

Turbo VPN is one of the most amazing VPN application ever released, But it’s only limited to Android & iOS devices.

But what if you want to use it on your PC running Windows or MAC.

Get to know exact step by step procedure on how to download & successfully run Turbo VPN on your PC.

Although all the credit goes to Android emulators for PC that allows you to run any Android app on your PC.

Features of Turbo VPN For PC

– It is a Free VPN service that consists of 7 different server IPs all around the globe (US, India, Australia, etc.)

– Turbo VPN makes you anonymous while you surf the Internet on your computer.

– One of the most amazing features it offers is that It gives unlimited bandwidth to its users, Even the free one!

– There are two versions of this app available. One is paid which offers exclusive private servers & the other is free which offers most the features that you need.

– Paid version consist of better connectivity speed and access to the app from more than 5 devices at the same time.

– It encrypts all your data through its protocols made by OpenVPN.

– This VPN app for PC works with almost any data connectivity service.

If you enjoy browsing the Internet without revealing your identity, This app is made for you.

As we all know this app is only made for Android devices, So you will need to install an emulator to run turbo VPN on your PC. 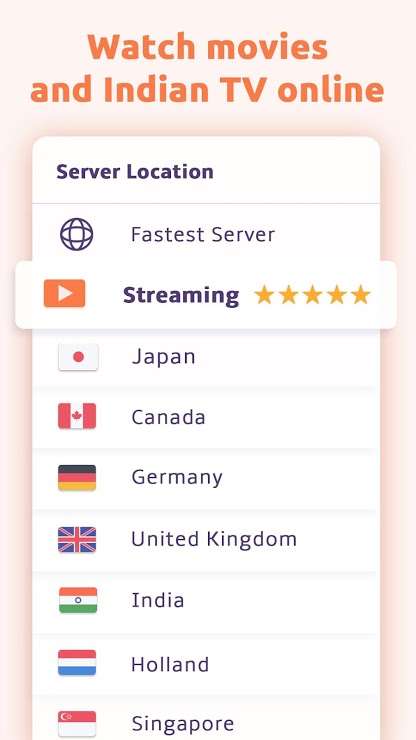 Trouble Installing it on your PC? Watch this video tutorial instead.

You can use this method if the blue stacks one isn’t working fine for you.

Instead of using Bluestacks as the emulator to run Turbo VPN on your PC, You can use NOXPLAYER as the top alternative for it.

This is a full-fledged Android emulator available for both Windows and MAC Os.

All the other instructions are same as told above.

At this very moment, Turbo VPN has more than 50 million downloads inside the Play Store. This very well depicts how much users like this app.

Here are some of the tips and features that this app consists in itself.

With Turbo VPN using one of the best OpenVPN tunneling protocol, It makes it much more secure and effective than any other app.

If you have an account of Netflix that belongs to some other country that you’re living in. This app will come very handy to use Netflix where ever you want with it’s 9+ different proxy servers across the world.

Listen To Your Favourite Music On Spotify

You can also listen to any Spotify music with the help of Turbo VPN for PC without worrying about which country or place you’re in at the moment.

Turbo VPN comes very handily when you use it on your PC running Windows or MAC. We highly recommend you to use this!

Some Other Apps for PC

We really hope that Turbo VPN Worked for you on your Windows & MAC devices.

VPNs are very important to make your identity anonymous and much secure in the modern era of the Internet.

It’s highly suggested to use Turbo VPN on your PC if you’re doing anything suspicious on the web.

One more thing that can be included here is you can use this app to stream Netflix series with your account that belongs to some other country.

If you still have any questions or queries regarding the topic, You can feel free to comment down below.

We will see you very soon.