Unfortunately, this Andr0oid O Developer Preview is available only for Nexus and Google Pixel Phones. It will take some time to get Android O on other Android Smartphones.

The developers studied the Android O 8.0 Oreo. And they developed new Apps to get Android O Look & Feel. The apps include “Android O Camera, Android O Clock, Android O Dialer Pad, Android O Pixel Launcher” and lot more. If you follow all the steps then you can easily get the new Android O Apps on your Android Phone.
Also See: IOS Emulator Android

Android O Clock: Now the Android Clock has blackish UI. This black UI seems to be Cool than before.

Tap on the 3 dots at the top, you will see an option of Screen Saver. This is also a new feature added in Android Clock 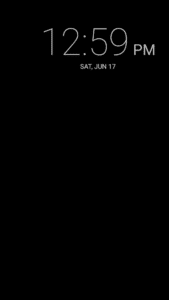 Android O Camera: The camera is almost the same with a slight change. There is a new button added which helps you to switch between the camera mode.

If you face any problem while installing Android O Apps then please let me know in the comments. I will surely help you with the best fix.

You can thank me by sharing this article with your friends and family. Also, make sure to subscribe to our blog to receive the latest tweaks on Gadgets & Technology.